Our team represents a healthy blend of experience, expertise, youth and savvy. While each has their own technological “center of gravity,” one trait cuts across all members of our team – their extreme dedication to having our clients’ backs 24/7. 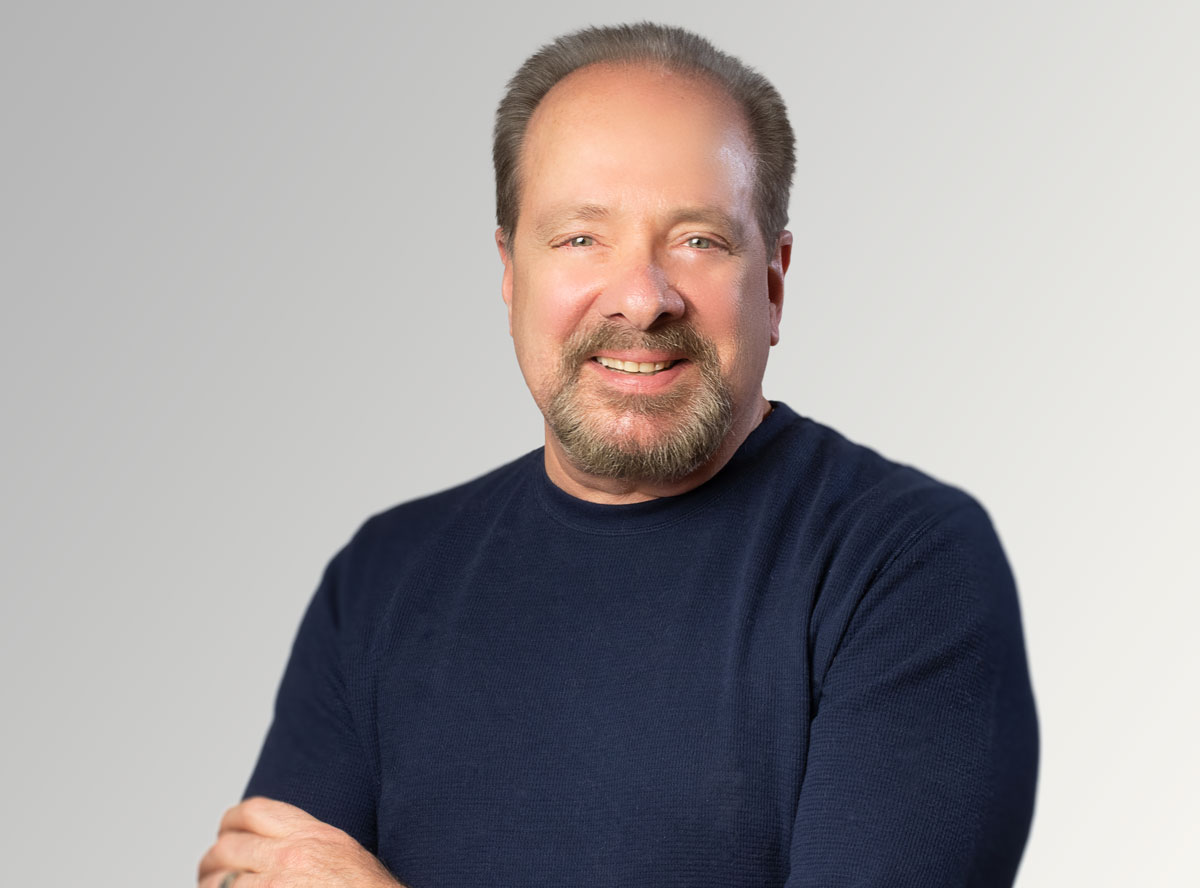 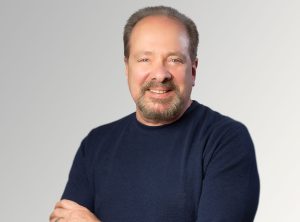 Mike started his IT career in 1976 as an IBM computer operator for CitiTrust Bank. Mike quickly moved on to telecommunications network analyst, Application Cobol programming, CICS Internals programming, SNA/VTAM Communications programming, and eventually Novell, OS2, and Microsoft servers and desktop configuration and support. Mike was directly responsible for the planning, implementation, and testing of disaster recovery policies and procedures for large organizations like Raymark Inc., Hubbell Inc., and People’s Bank (now known as People’s United Bank). Mike’s last corporate role at People’s United Bank was Vice President of the Client Services department where he managed 5 managers and 33 technicians to support 5000 desktops throughout the state for the bank. Mike left People’s Bank in 2003 to run his company that he started in 1995. Mike’s decades of corporate IT experience enabled him to have a large scope of knowledge on how to protect data from loss and how to keep servers, desktops, laptops, and networks running securely and efficiently all of the time. Mike built a team of IT professionals that mirror his passion for the technology, attention to detail, meeting and exceeding client expectations, honoring service level agreements, and fair pricing. 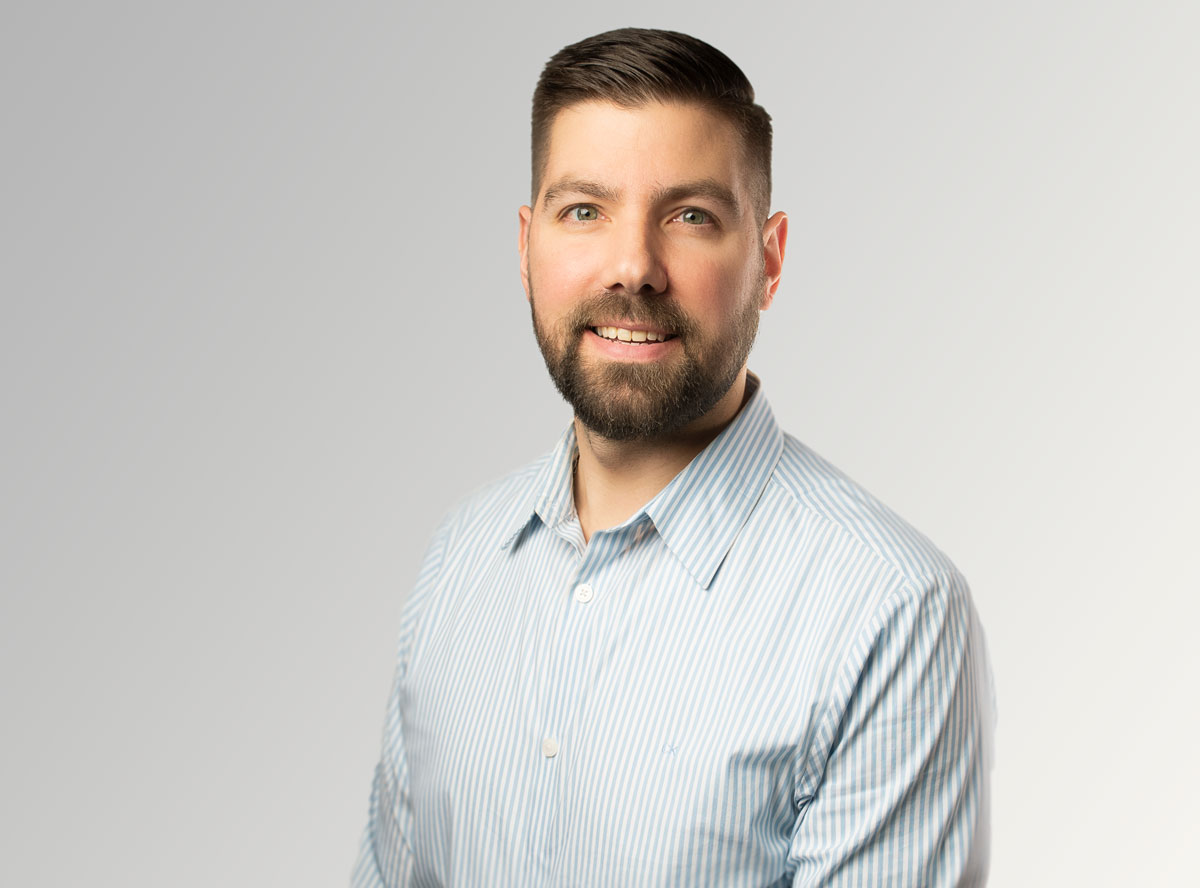 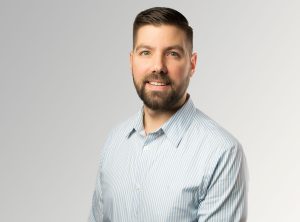 Jared graduated from Central Connecticut College with a Bachelor’s degree in Criminology and Psychology. Jared is an exceptional desktop support technician with equally exceptional communication skills. Jared goes to great lengths to resolve client issues and when asked, explains in layman’s terms exactly what he did to resolve those issues and why. Jared’s amazing capacity to recall miniscule details of all our client’s IT environments has earned him the reputation of being the in-house savant. Jared has been with MTS for over 11 years. 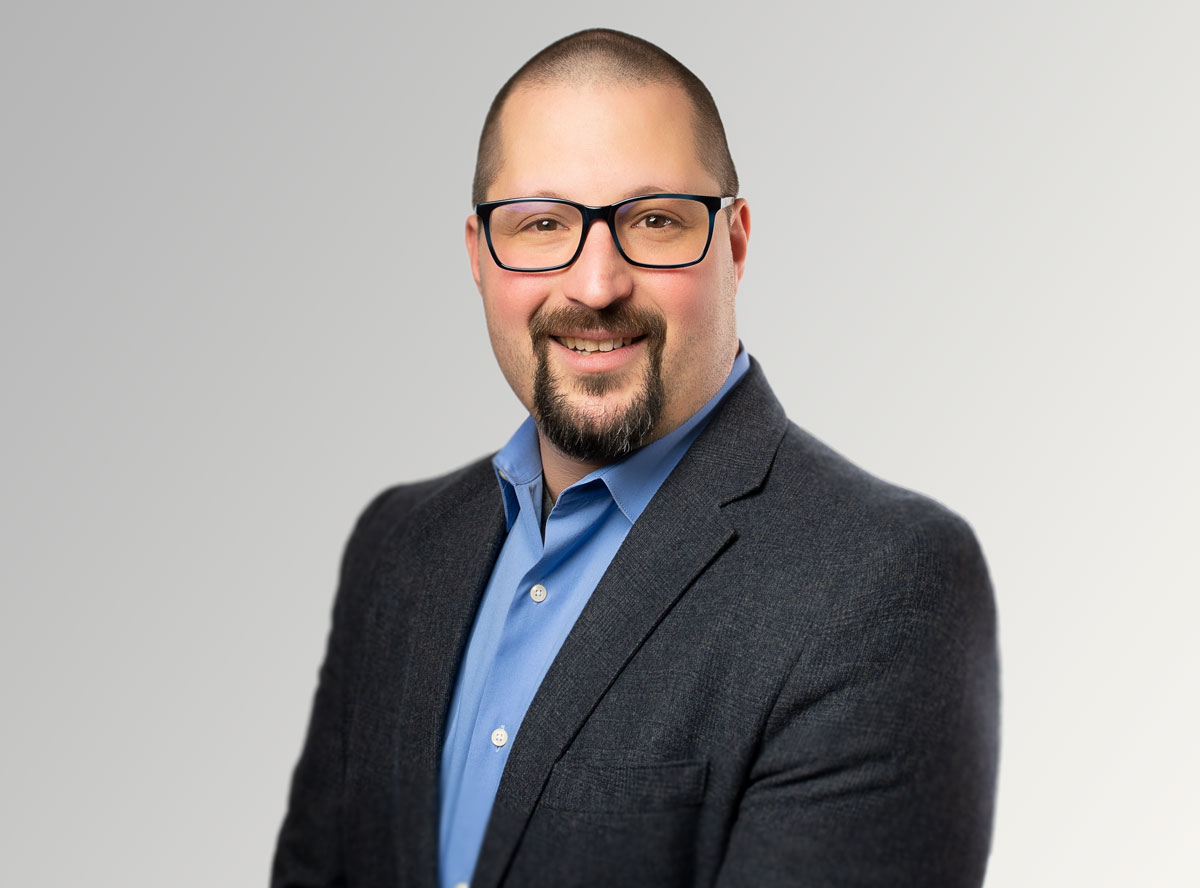 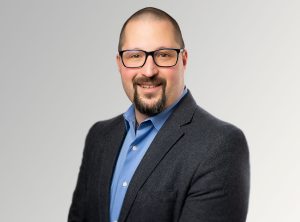 Rich is a very technically oriented individual with exceptional customer service skills. Rich can easily handle any IT challenge from single users up to multi-location businesses requiring strategic network planning, ongoing management, and hands-on maintenance to ensure security and reliability of IT assets. Rich is results-driven, friendly, outgoing, and committed to achieving excellent results, even in challenging environments. Rich is considered the “go to guy” for very difficult problems. Rich is a huge contributor to new ideas that benefit our clients and our company. Rich has been with MTS for over 5 years. 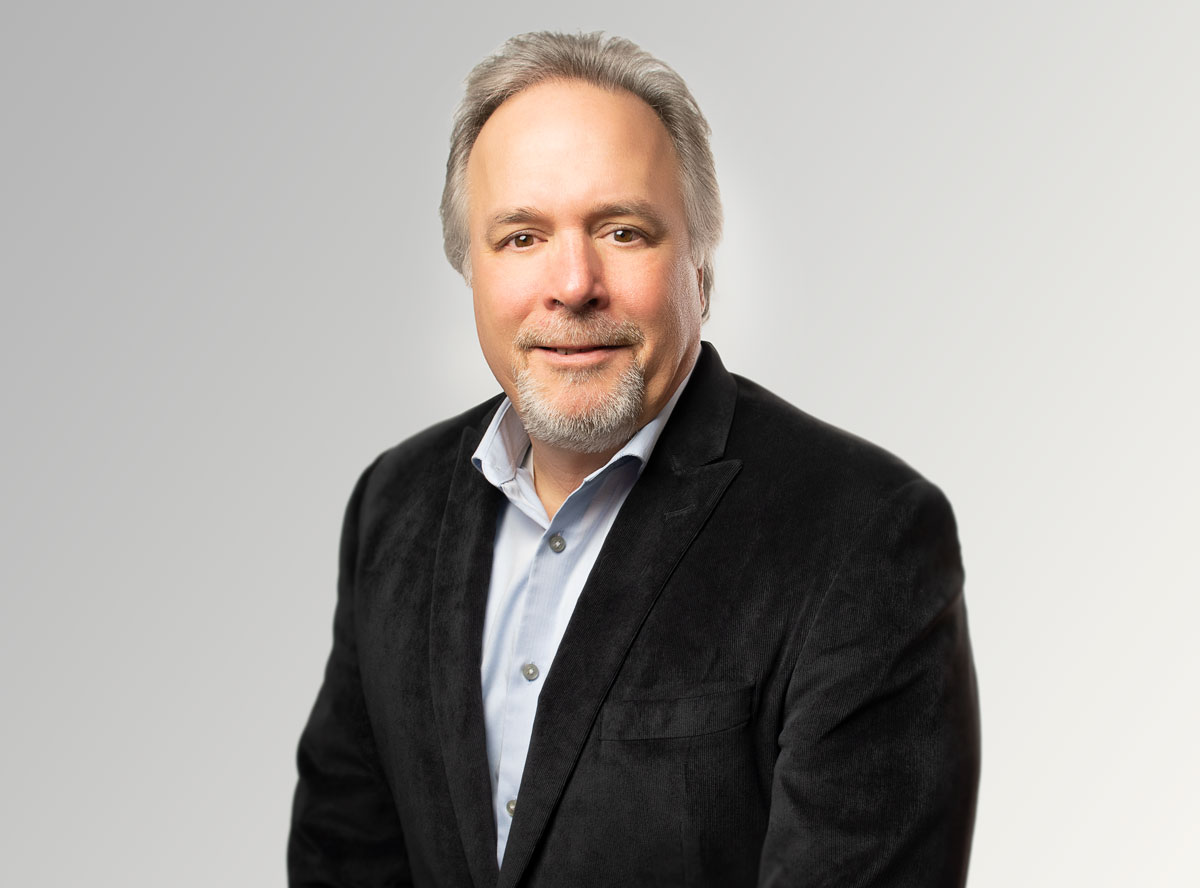 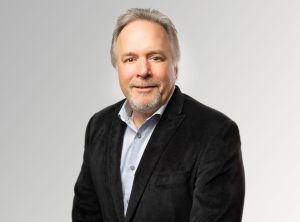 Pat has 20+ years of experience as an IT Operations and Client Services Manager at People’s United Bank. Pat’s responsibilities at the bank ranged from managing Mainframe Computer Scheduling, managing the Bank’s Helpdesk to eventually working as a manager in Client Services managing techs to support thousands of People’s United Bank desktop computers. Pat worked extensively with the banks’ annual Disaster Recovery exercises. Pat’s experience as Client Services Manager made him the perfect fit as MTS’s Service Manager. His primary responsibility for MTS is to ensure we meet all of our Service Level Agreements as well as ensuring that MTS is delivering the best services possible to our clients. Pat also functions as our Sales Manager selling our services to potential clients in an effort to keep MTS growing as an MSP leader in Connecticut. Pat has been with MTS for over 4 years.
Sales and Service Manager
Phone: 203-758-5647 X103
Email: ptottenham@mcsct.com 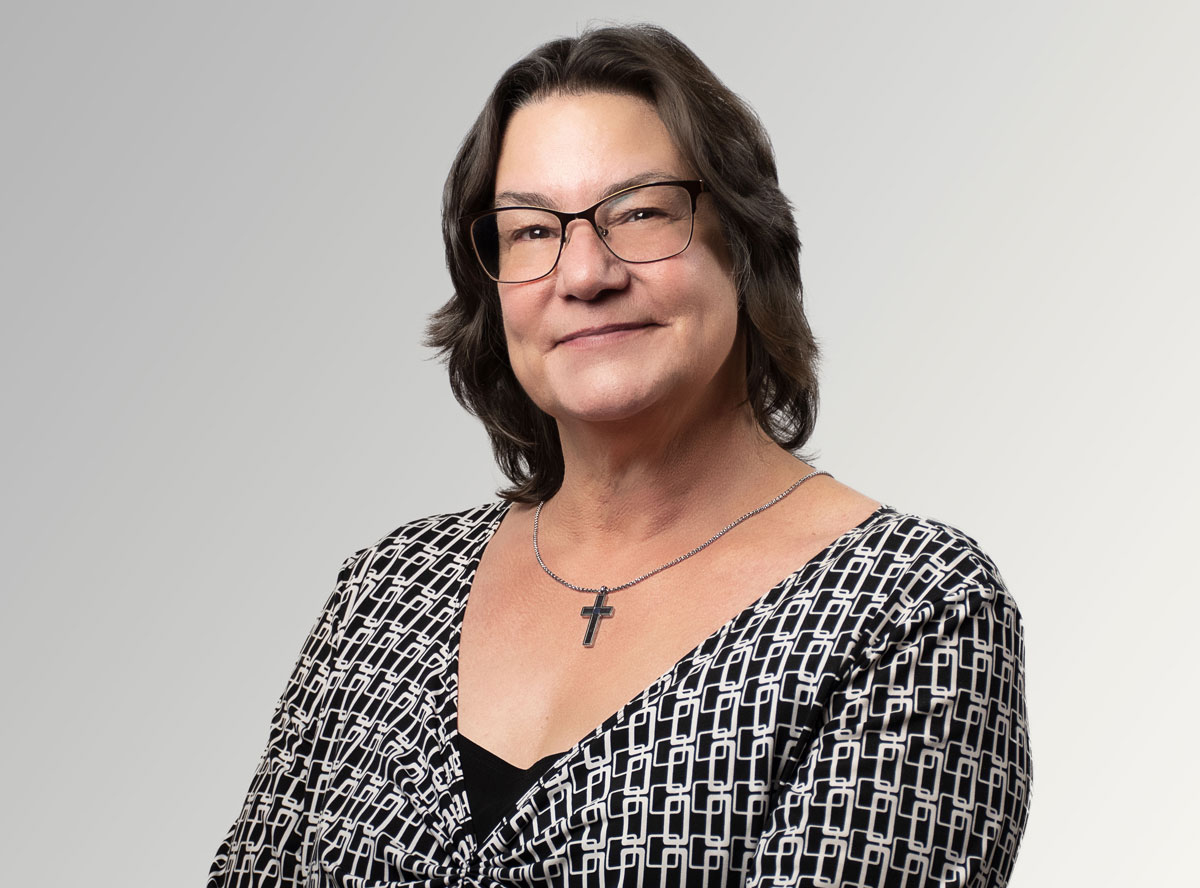 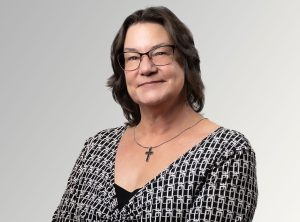 Melanie comes from a long line of IT related jobs with her longest job at People’s Bank. Melanie was there 25 years working on the IBM and Unisys mainframes working on job scheduling for after-hours applications processing. Melanie is a very pleasant person to work with who has a lot of compassion for clients in their moments of computer related needs. Melanie receives all calls or service request emails and enters that request into our Tigerpaw workflow system. Melanie assigns a technical resource to the service order (SO). Once these SO’s become fulfilled and closed, they are turned into invoices. Melanie and Jared are responsible for ensuring all SO’s are completed properly by the responsible technician and the end result is an accurate invoice for our clients. Melanie receives the payments and processes them accordingly. 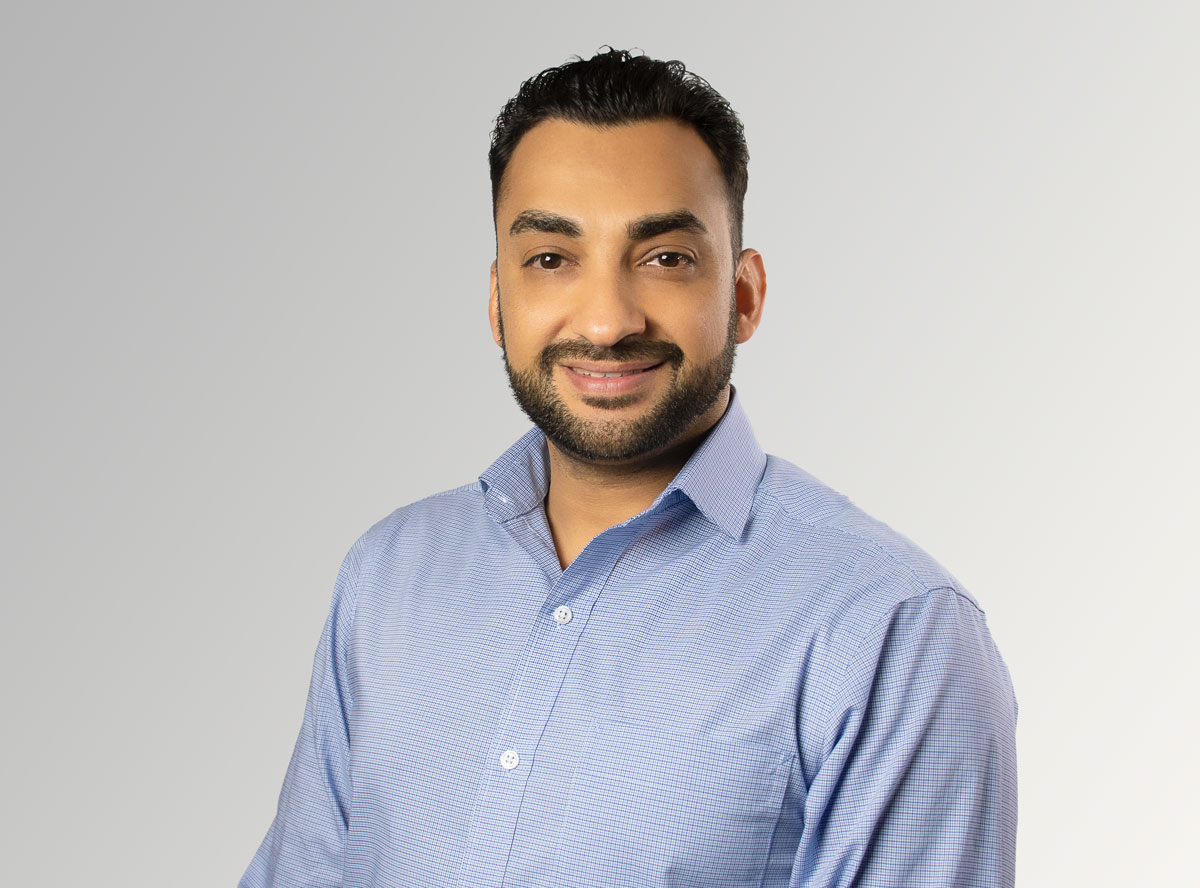 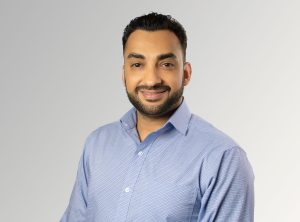 Zyad has 7+ years of experience as a systems and solutions IT engineer. Zyad has very strong customer service skills. Zyad graduated from the University of Tun Abdul Razak in Malaysia with a Master’s Degree in Information Technology. He has achieved certifications in A+, Network +, and is a certified Sonicwall firewall technician. Zyad thinks outside of the box and is a big contributor for sound ideas for MTS as we grow our company. Zyad has been with MTS for over 2 years. 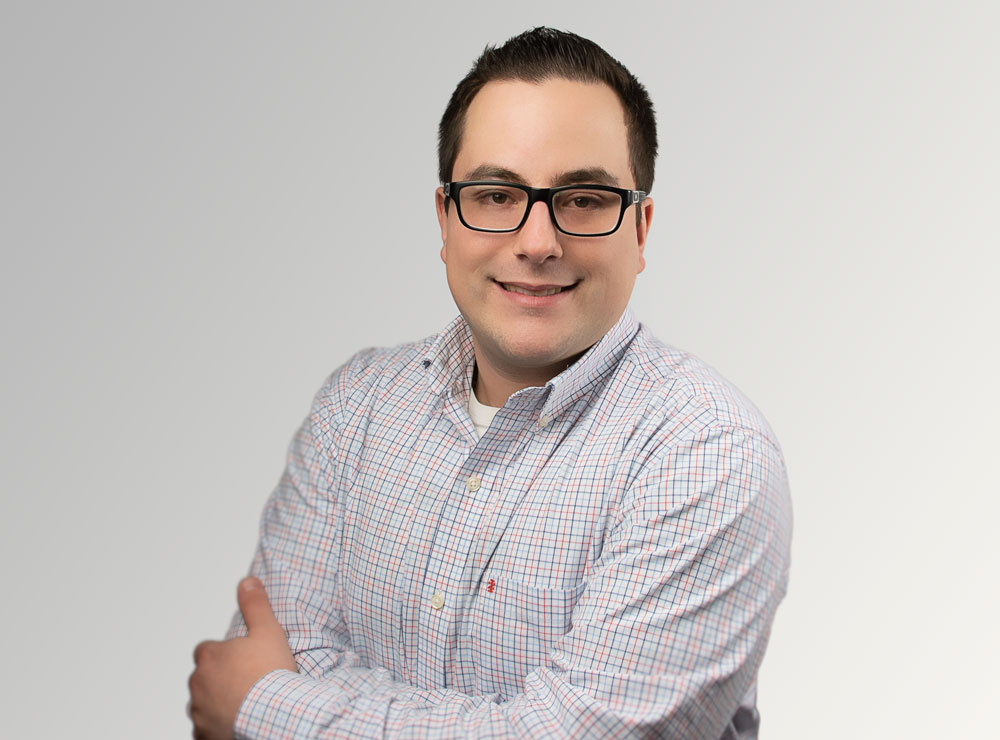 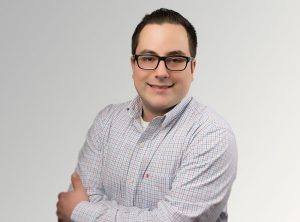 Raphael is a persistent, energetic, and passionate tech. Raphael studied Information Technology and Computer Information Systems at the University of Sao Paulo in Brazil. He is able to multi-task projects and complete break-fixes with ease. Raphael has over 15 years of IT experience and is a pleasure to work with. He speaks three languages fluently, has taught IT related courses to community colleges, and volunteers to help in organizations that work with women and children in need. Raphael has been with MTS for almost 2 years. 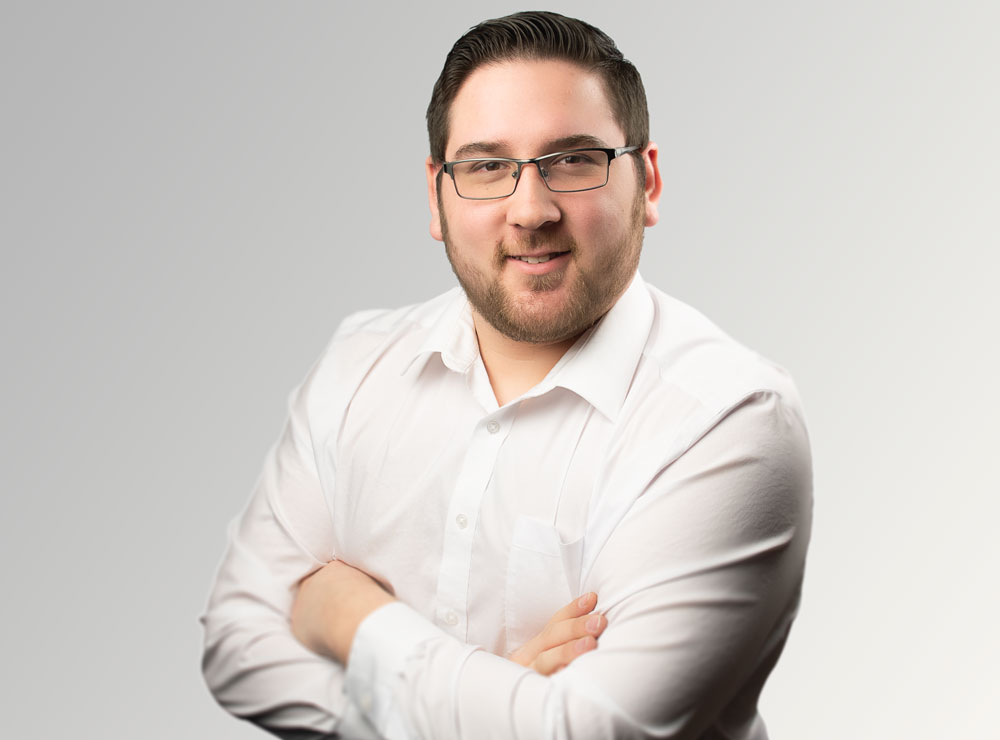 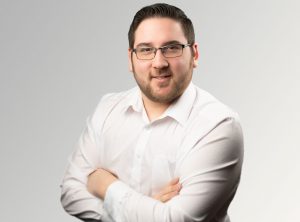 Chris is our youngest tech here at MTS but that does not take away from Chris’s technical skills and passion for computer technology. His first job when he was 16 years old was with an IT consulting company. Chris graduated Gateway Community College with a degree in Computer Science. Besides spending much of his time working with computers, Chris plays 4 musical instruments, speaks 3 languages, and volunteers his time to non-profit centers helping those in need. Chris has been with MTS since June of 2019. 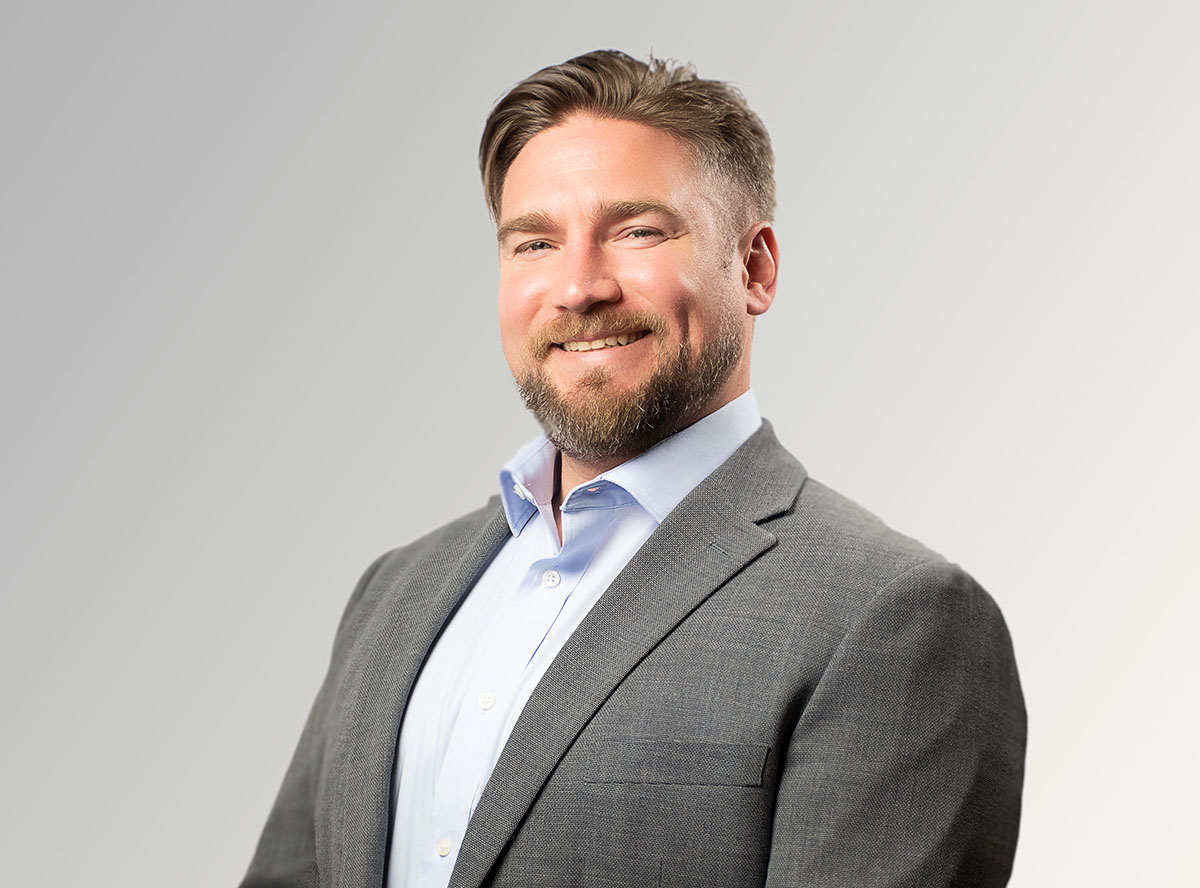 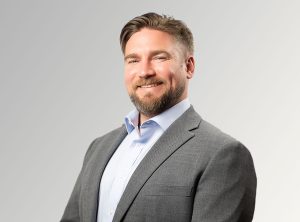 Andrew, a Marine Veteran, is an IT Professional with experience building and managing numerous enterprise-wide data centers under harsh conditions. Andrew has earned several awards for deployments ahead of schedule and data center operations that exceeded expectations. 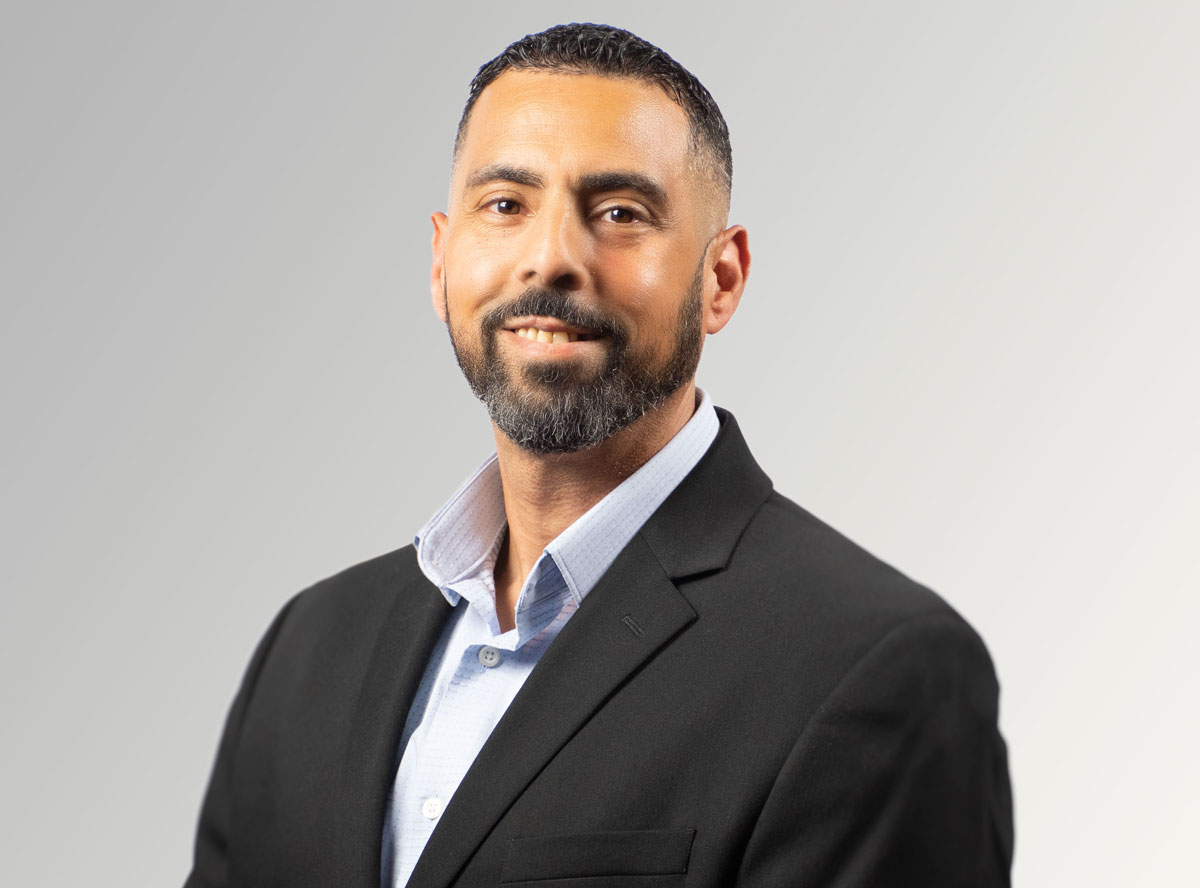 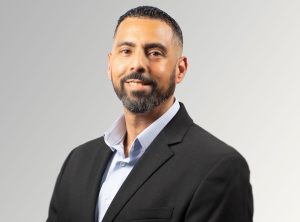 Rob is a goal-oriented Analytical Information Technology Professional with over 20 years of experience. He is dedicated to maximizing server, computers, and network performance while ensuring high availability within a secured quality-driven environment. Rob is experienced in proactively taking measures to reduce and combat security threats, boost system reliability, and minimize unnecessary expenditures. 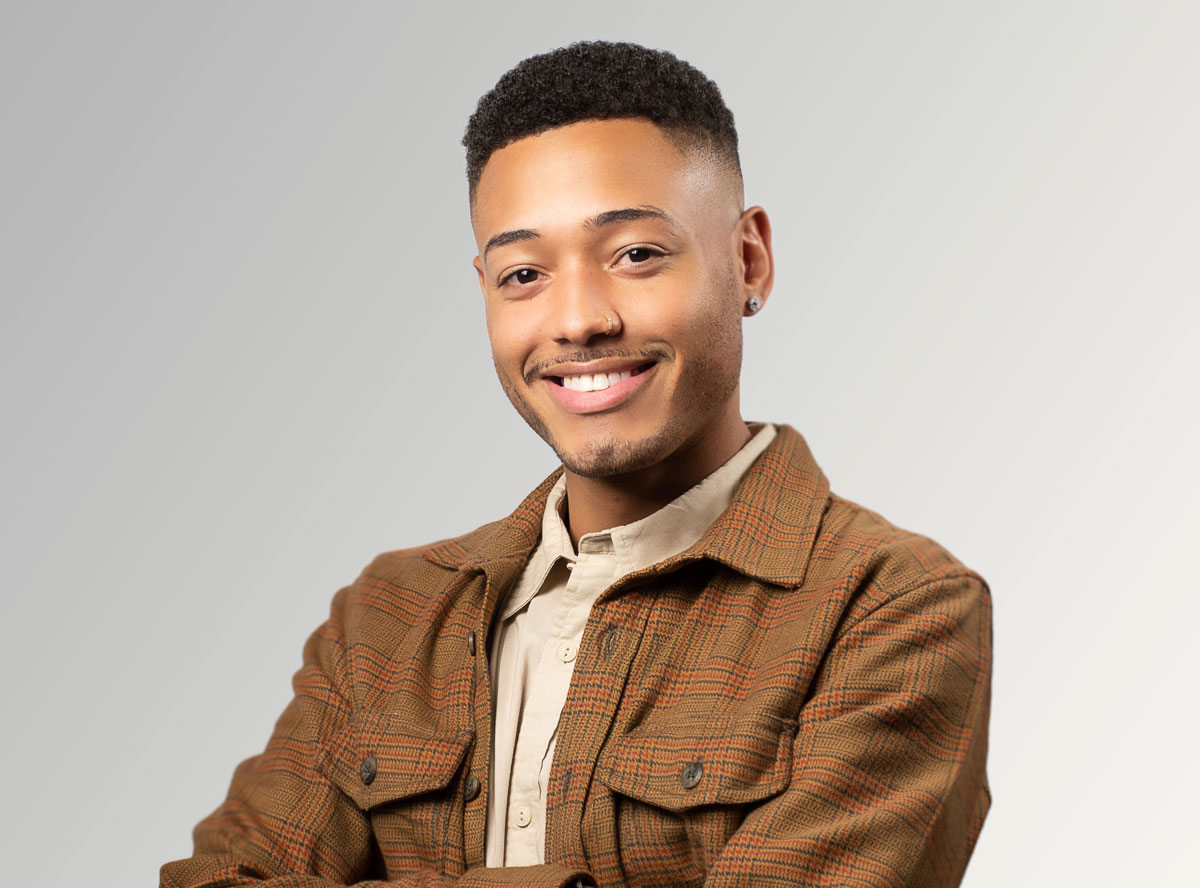 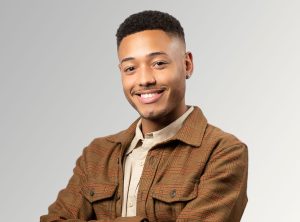 Prior to Daniel diving into the world of Information Technology, he worked in the medical industry. Daniel has his Certified Nurse’s Assistant (CNA) Cert, CPR Cert, DDS Med Cert, and he has a Culinary Arts NOCTI Cert. In the IT world, Daniel passed the IT Fundamentals+, A+, Security+, VSA Kaseya Technician Program certifications. Daniel is a very good tech and will be pursuing and becoming a Cyber Security expert. 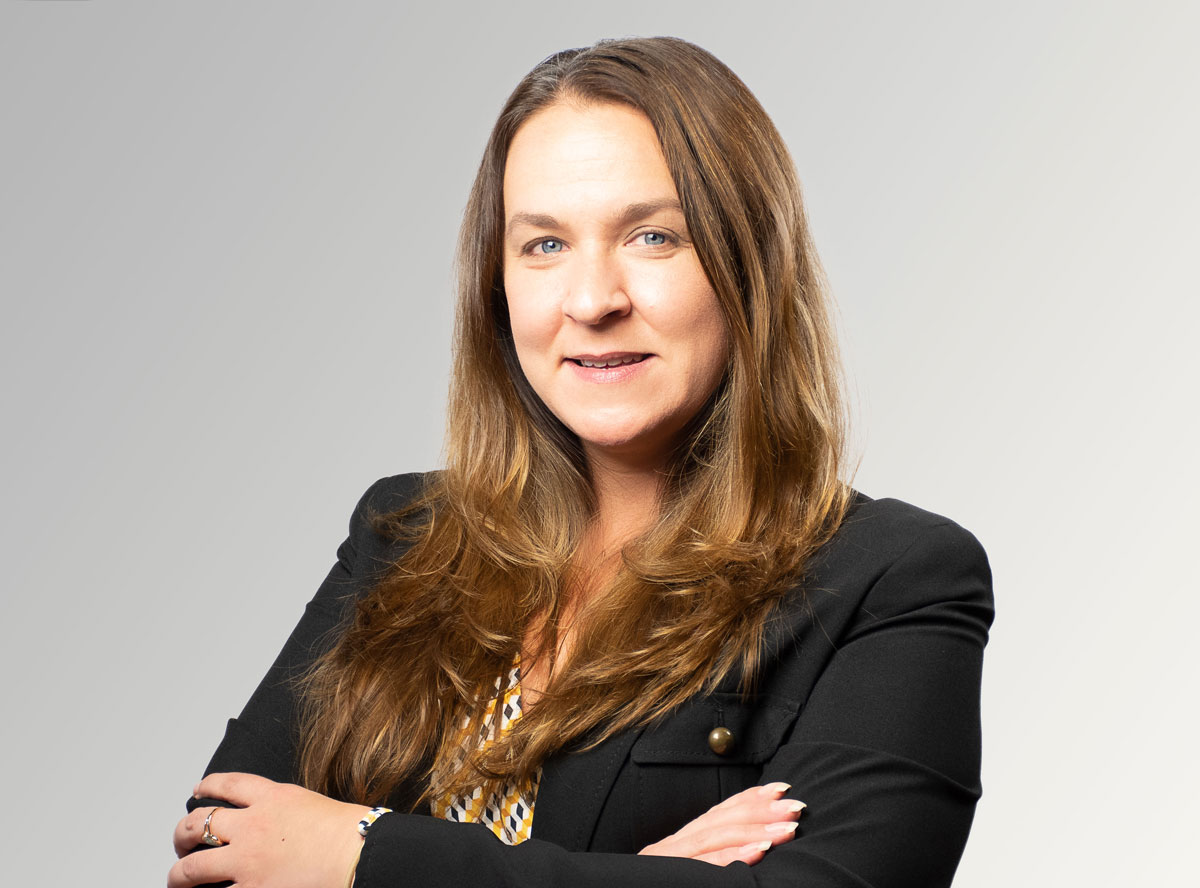 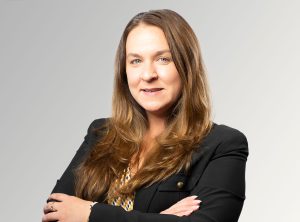 Brenda is a detail-oriented team player with strong written and verbal communication skills, as well as extensive computer and various software application experience. Brenda is our Purchasing Agent for our clients. Brenda researches what the client needs or wants, shops for the best pricing, delivers the quotes to our clients, makes the purchases once the quote is approved, and manages our inventory of parts on hand. 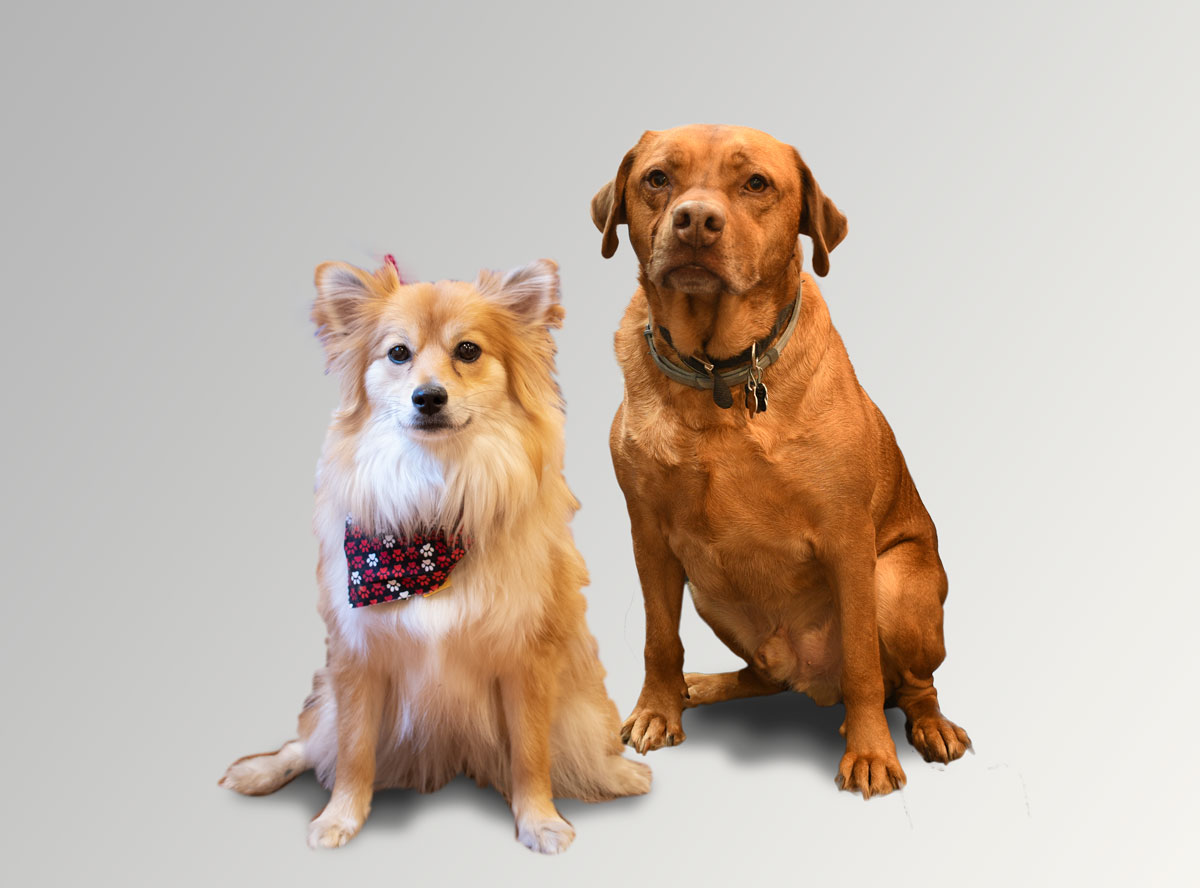 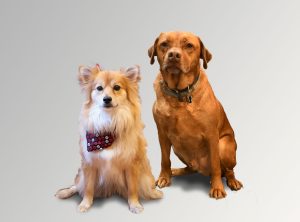 Mike’s dog Lily is a Pomeranian Husky (PomSky) that was born February 24, 2019. Lily greets our clients with lots of kisses and probably her biggest job here at MTS is playing, sleeping, and looking adorable.

Pat’s dog Monk is a 7-year-old Lab Mix Rescue dog who has been with MTS for 2 years. He is a sweet, obedient and friendly dog that likes to sleep. When he is not sleeping, he can be found lounging in the sun on warm days, following Pat all around the office or sitting at Melanie’s desk looking for food. His charm and friendly demeanor are a definite asset to the company.

Our business is based on the core principles of quality, integrity and reliability, which has helped us build an impeccable reputation for both the business and residential markets. We help small and medium sized organizations reduce the risk of lost productivity and/or business data, which could be caused by inadequate technical security controls and safeguards in their computer systems. 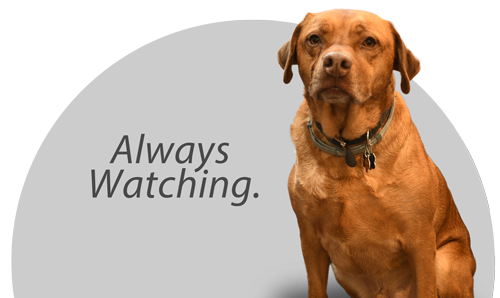